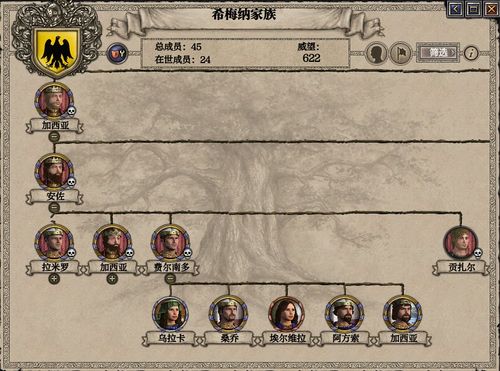 Dynasties are either declared in the /common/dynasties/ folder or randomly created using the prefix defined for the culture.

The most basic dynasty definition requires a unique numeric ID, a name in the form of a string, and a Culture in the form of an alphanumeric ID which references the same ID in the cultures files. The culture line is used to determine if it will appear as a random name in the Ruler Designer, and it may be used for random characters of a culture.

Here's an example of a basic dynasty:

It's also possible to define a Coat of Arms for a dynasty.

A Coat of Arms definition requires a template to be selected. There are five templates available to use in the CoA. Each of them uses a different number of layers, and we must create all of them to avoid the game crashing.

A layer is defined as follows:

Here's an example of a dynasty definition with a Coat of Arms: